I know what everyone has been waiting for, and I won’t let you wait any longer. Today’s post is all about The Breakers!

The Breakers is the crown jewel of Newport, and it’s totally crazy to experience. I actually had trouble believing I was still in the United States. Cornelius Vanderbilt II, who owned the house with his wife Alice, clearly saw himself as a grand Renaissance prince. (Possibly, he was right.) The Breakers was designed to look like an Italian Renaissance palace by Richard Morris Hunt and completed in 1895. It is full of dark wood, carvings, gilt, and deep red textiles. You can also see a classical Roman influence in the mosaics, antiquities, and Neo-Classical sculpture on display. Even the bathtub is shaped like an ancient Roman sarcophagus, which is clever but also a little weird. Other rooms have a very strong 18th-century French influence, including many have beautiful Rococo ceilings. The walls are also works of art; one room is covered in panels of platinum, while others have beautifully worked leather coverings. However, the architectural carvings are not as tasteful. There are heads and classical figures carved everywhere in Newport, but nowhere as much as at The Breakers.

The entrance as seen from the great hall. 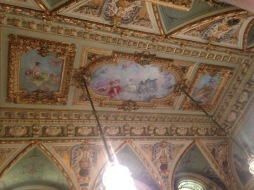 Elaborate, yet tasteful – a beautiful rococo painted ceiling in the dining room. 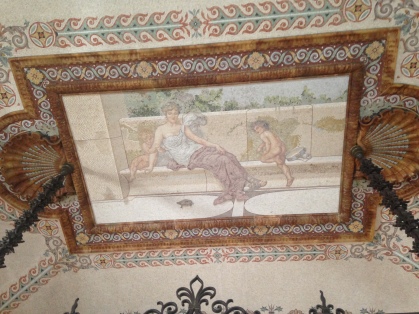 The Roman mosaic ceiling is one of many Italian references at The Breakers.

A very unique ceiling decoration at The Breakers.

One of many, many carved faces at The Breakers. 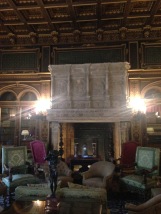 This elaborate coffered ceiling is a key feature of the library.

Carved ornamentation like this can be found all over The Breakers.

The upstairs rooms are simpler and lighter, which is a relief, to be honest. I was very excited to see Gertrude Vanderbilt Whitney’s childhood bedroom. Gertrude was an accomplished sculptor, collector of modern art, and founder of the Whitney Museum of American Art in New York City. Photographs of her major sculptural works are displayed in her room. The Breakers offers a special guided tour, called Beneath The Breakers, showing how the technology that operated in the house. I didn’t get to take it, but it seems like a big deal since it was advertised everywhere.

This beautiful room was the childhood bedroom of artist and museum founder Gertrude Vanderbilt Whitney.

The Breakers’ rear façade just might be its most beautiful view. 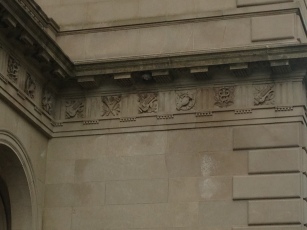 The exterior of The Breakers includes a series of relief carvings representing the liberal arts. 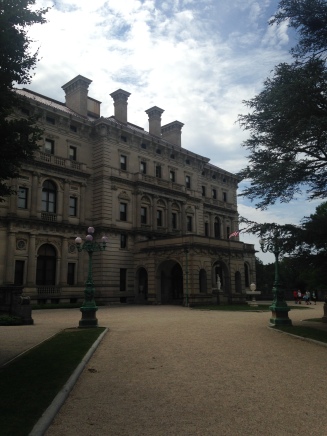 The front façade is nearly impossible to fit in a single photograph, but I think this view does quite nicely.

I did, however, have time to visit the children’s playhouse in the yard. It’s an adorable and well-decorated structure with a sitting room, a kitchen, and child-sized furniture. Playhouse or not, I could live in it quite comfortably. There was even a working stove that could be used to heat up tea brought in from the main house. 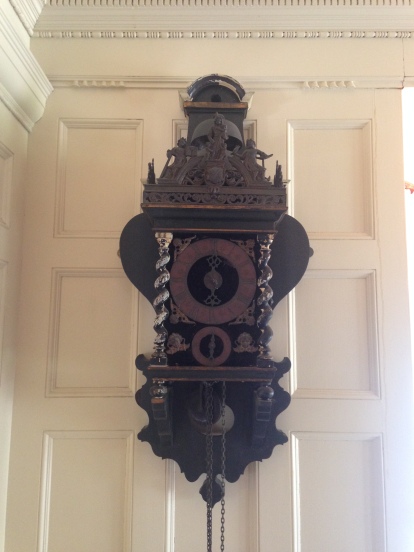 A clock in the playhouse.

I also visited The Breakers’s stables and carriage house, which are about a half mile away from the main grounds. In the carriage house, I saw about twelve carriages, buggies, and sleds formerly owned by the Vanderbilts and others.  Originally, the building was two stories, but the second floor was destroyed by fire in the 1970s, so only the ground floor remains. You can still see a big scorch mark from the fire on the floor. Other rooms in the carriage house display photos, clothing, and memorabilia related to the Vanderbilt family’s carriages and horses. Apparently, there’s a big carriage driving demonstration in Newport every few years, and I saw some old posters from past events. The next one will be in 2018. The stables held stalls for many horses. 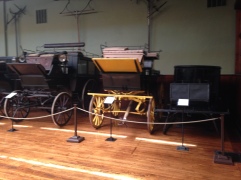 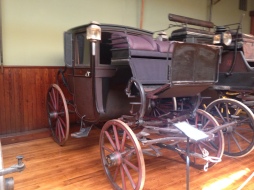 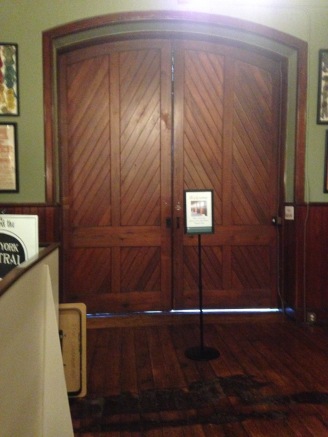 3 thoughts on “The Breakers (My Newport Adventures)”